Roland Allen is a leading prophetic voice for taking seriously the teaching of the Book of Acts. He is best known for two of his works called Spontaneous Expansion of the Church and the Causes That Hinder It and Missionary Methods: St. Paul’s or Ours? Recently, I encountered a hidden treasure by Roland Allen that I had never even seen referenced by anyone else. It is found as Appendix 5 in the biography Roland Allen: Pioneer, Priest, and Prophet by Hubert J. B. Allen (his grandson) and is called Missionary Methods: St Paul’s or Satan’s: An Infernal Dialogue (as if his other titles weren’t provocative enough).

In this work, Roland Allen creates an imaginary conversation between the demon Beelzebub and Satan about his strategy related to thwarting the progress of the Gospel. Hubert Allen claims that it was written in 1930 and not published then because it would have been considered “too flippant or too aggressive” and not later because it “might well have seemed to be no more than a plagiarism of C. S. Lewis’ similar idea in The Screwtape Letters.” 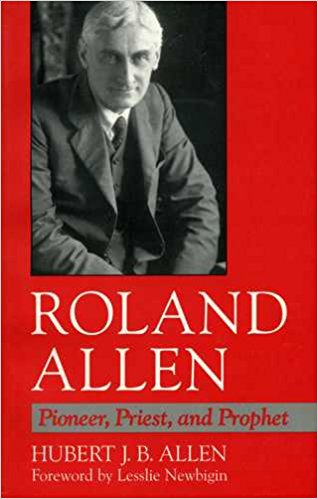 If you appreciate other works by Roland Allen, you will really appreciate this one. It has many of Allen’s most important ideas, but presented in a very clever, edgy, and effective manner. If the eternal consequences of decisions to not follow the Acts model didn’t haunt you before, they certainly will after reading this short dialogue. I shudder a bit even as I read the opening lines. “Beelzebub asks ‘What is the matter, Satan?’ and Satan replies ‘I was thinking about those Christian Missions.’” This is fiction, but it isn’t fictional. Satan does have a strategy related to missions.

As expected from Allen, Missionary Methods: St. Paul’s or Satan’s is quite polemical. He writes in an “us/them” style as a critic of the modern missionary movement. His presentation is mostly in terms of either/or based on core principles. Allen is trying to make a statement and illicit a sharp response, not to guide us through a transition to a proper implementation of the Acts model. In the remainder of this blog, I will focus on some of the more transitionary dimensions of Allen’s critique, particularly as they relate to BILD and its church-based theological education partners.

The essence of Satan’s strategy is to multiply divisions among the universal church so that “separate missions go their own way in practice.” They are “all labeled something Christians . . . and they more often drop the ‘Christian’ than the qualifying term” and “each doing the same thing or very much the same thing in the same places” as they “take their divisions abroad.” One of the things that I like most about the BILD network is the manner in which partners with great differences come together, often for the first time, primarily because of a simple agreement that our missionary methods should follow the Acts model. Keeping primary things on which we have unity in focus (without giving up important secondary distinctiveness) strikes a powerful and deep retaliatory blow against Satan’s strategy.

“Keeping primary things on which we have unity in focus (without giving up important secondary distinctiveness) strikes a powerful and deep retaliatory blow against Satan’s strategy.”

Allen proceeds to have the demons explain the work of their colleague Mammon who “taught the zealots [us] to put money in the first place,” designed “the machine” of modern missions, created a “class of professional missionaries” that “left everything to the pro.” Further, as if the money for the professional missionaries wasn’t enough, Allen puts in the words of Satan that “I invented the Mission Station, and let the establishing of mission stations take the place of establishing Churches.” And even if some evangelists were doing the work of evangelism, often they were put in charge of the mission stations, essentially immobilizing them. Allen claims that survey reports show how many of the missionaries are tied up – “four-fifths of them, or even nine-tenths of them, are clustered in some two or three cities, or a few big stations.” Allen is so frustrated by the mission station concept and so energized by the spontaneous expansion that he may not sufficiently understand the role of resource centers. Although he makes reference in other works to the concept of a missionary bishop who is out on the fields where the evangelists are working, he doesn’t describe the importance of having entities that provide support for the evangelists and apostolic leaders, such as we see in Acts (the Upper Room seems to have been a known place of gathering for the apostles, the Antioch Church, and even Paul’s rented quarters in Rome). However, these places are fundamentally different from a mission station because they are always and robustly focused outward on the progress of the Gospel.

Allen’s work has an amazing contemporary feel at points, such as his critique of trends in charity. He quotes Satan as saying, “’The kingdom of God is a kingdom to be established by social advancement and intellectual enlightenment’ and such like. Muddle up a lot of philanthropy in a bottle and label it ‘Christian’ and they will swallow it like . . . like gin. No – they wouldn’t like that word . . . we had better say ‘like the sincere milk of the Word.” Allen’s comparison of and intoxicating addiction to milk of the Word as if it were gin is disturbingly accurate. Keeping converts busy with good things, but not helping them eat solid food and mature is a surefire strategy to hinder the progress of the Gospel.

“It is here that Allen could be misunderstood as being anti-training. However, he is only against a particular type of training, namely the type of training that takes people out of ministry.” 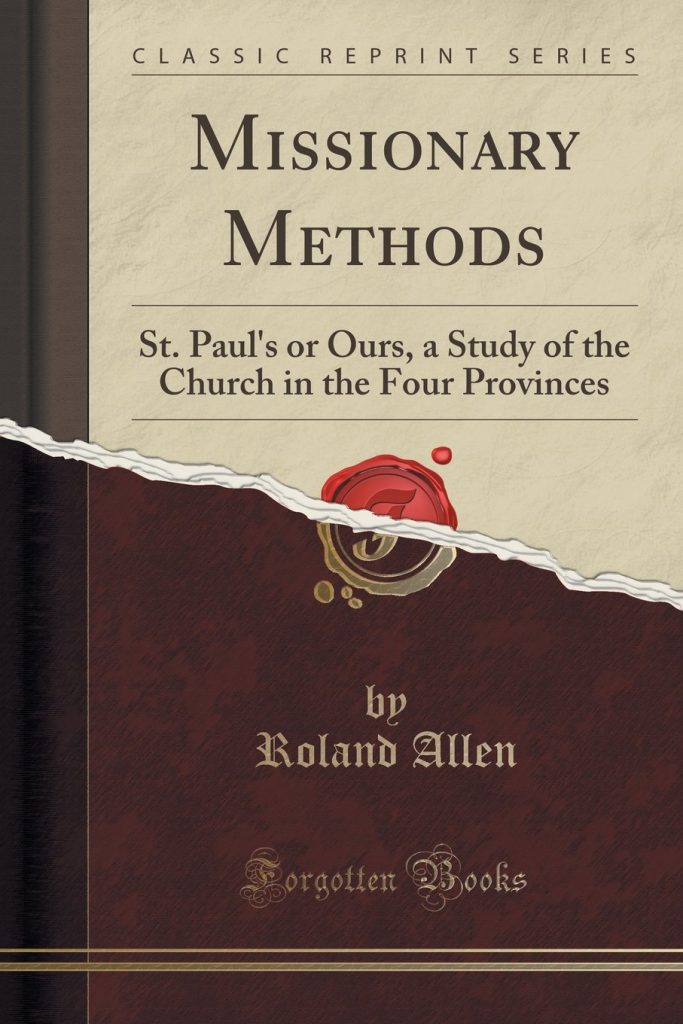 Another clever tactic put in the words of Beelzebub is “making professionals of the converts.” Essentially, this means “they paid Christian workers to work for the Mission and that put off the lay Christians” who used to be active in ministry until they learned that “the propagation of the Gospel was not his job.” And even worse, “They teach little boys in school and then catch as many of them as they can, and make them mission agents” and getting them shut behind the “Training Gate.” It is here that Allen could be misunderstood as being anti-training. However, he is only against a particular type of training, namely the type of training that takes people out of ministry. For instance, he identifies the trend of prioritizing scientific education and the grandiose idea of training leaders of the country generally, but at the expense of the evangelistic work and training the future leaders of the Church.

The convolution of spiritual authority is seen in Satan’s description of missionaries that “act as if they had spiritual authority over their converts” and subtly teach native Christians that “the position and the salary” in “an organized society” is “a kind of social authority” that actually results in “spiritual power withheld.” In this part of the dialogue, Allen is effectively criticizing the missionary machinery of his own denomination and focuses on the spiritual power that is present in the spontaneous expansion of the Gospel. In other works, he also talks about missionary field bishops who identify and ordain “native evangelists” who should be recognized as church leaders. However, he never addresses the concept of an indigenous apostolic leader of a church planting movement as we know them throughout the BILD network, perhaps because there were almost none at the time when he was writing.

In conclusion, it is probably not a good idea to read this work by Allen apart from his other works. The explanations in Missionary Methods: St. Paul’s or Satan’s are presented in a very unique perspective. However, for those who have benefited from Allen’s other works and been led to take more seriously the missionary methods taught by the Apostle Paul, this work should light a fire under you . . . and the Gates of Hell will not prevail.