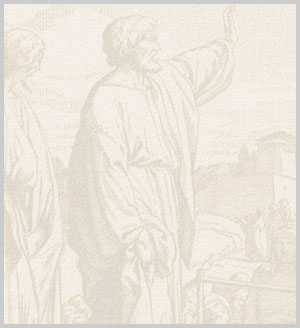 Why “Antioch?”  We were very careful in choosing the name “Antioch School of Church Planting and Leadership Development.”  Each key word has tremendous significance.  This blog is the first in an occasional series that will explain our name.

Antioch is a prominent part of first century church history.  It is famous for its role as a platform from which Paul launched church planting efforts.  However, Antioch is more than just a prominent part of church history.  It is a prominent part of Scripture.  We believe that the prominent placement of Antioch in the Book of Acts is no accident.  It was intentionally positioned by Luke in order to focus our attention and teach us about the essential nature of the church.  In Acts 13-14, we see that the church is intimately and intrinsically involved in the spontaneous expansion of the Gospel.  The Antioch church has a pivotal role in developing leaders, sending them out as the Spirit directs, and providing support for a church planting movement.  The Antioch School is designed to serve churches, church networks, and church planting movements that are following the keys in Acts for the expansion and establishment of churches.

As well as being an exemplary church, Antioch was the hub of the early church’s Antioch Tradition.  It is this tradition that saw the “world turned upside down” by the Gospel in the first three centuries.  Much attention has been given to the Alexandrian tradition, particularly its allegorical method of interpreting the Bible.  However, recent research is showing that not only did the Antioch tradition result in exponential growth of churches, but it was based on a method of interpreting the Bible that took seriously the author’s intent for each passage.  The Antioch School is committed to the global expansion of the Gospel through the proper utilization of God’s Word.

The example of Antioch Church itself, its Scriptural model, and its historical significance in the Antioch Tradition combine to form an Antioch Model that still serves us today.  This model includes features such as training leaders in the church, being sensitive to the Spirit’s leading, supporting the global expansion of the church, and recognizing the intrinsic nature of the church as mission.  We call this “the Way of Christ and His Apostles” because this is what Luke tells us Christ continued to teach through the apostles and what the Spirit did in the early church.   It is not that we have a corner on the right way to do things, but we are confident that we have aligned the Antioch School with the model that God put in place for all churches in all places for all times.

P.S.  We are not formally associated with the famous Antioch College in Yellow Springs, Ohio or some other churches with Antioch in their names (most prominently the one in Waco, TX), but we would be glad to partner if they want to use the BILD resources for church-based theological education.